Real Companhia Velha is the oldestcwine company in Portugal, having celebrated 265 years of existence and uninterrupted activity.

Since its foudation on the 10th september 1756 by Royal Charter of D. José I, King of Portugal, under the auspices of his Prime Minister, Sebastião José de Carvalho e Melo, Marquis of Pombal, the importance of this chartered Company was reflected by the valuable services to the community, being the most relevant, the demarcation of the Douro region – the oldest wine appellation in the world.
Since 1960, Real Companhia Velha has been run by the Silva Reis family, who have dedicated their efforts to the production of both Port and Douro wines, focusing on the study and development of the Douro terroir. The Company owns 5 quintas in the Douro valley – Quinta das Carvalhas, Quinta de Cidrô, Quinta dos Aciprestes, Quinta do Casal da Granja and Quinta do Síbio – with a total vineyard surface of 557 ha.

In 2001, UNESCO classified the Douro Valley as World Heritage for the exquisiteness of its landscape, its unique culture and its preserved nature. Known as the oldest oldest appellation in the World, the Douro offers an anthropic landscape, a true masterpiece created by the many generations that have lived in this land by perfecting and mainly preserving its culture and tradition. 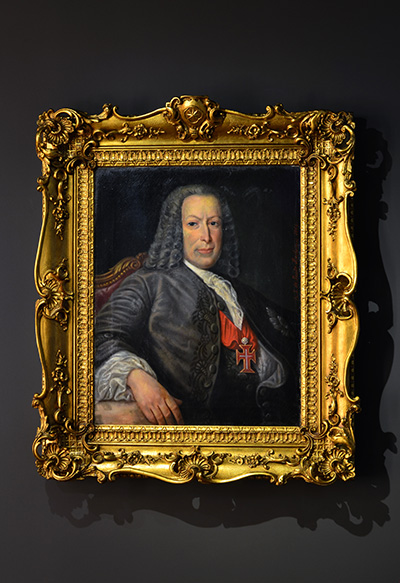 Over centuries, people have developed a process of adaptation to the knowledge and techniques of viticulture in the Douro Valley, which is now considered one of the most charismatic wine regions in the world.

The Douro Valley is characterized for its unique and imposing beauty with vineyards planted on its traditional terraces and supported by the ancestral schist walls, which have become true keepers of its history, architecture and landscape.

The Douro is known as the birth place for Port Wine and became notably recognized during the 18th century with the foundation of Companhia Geral da Agricultura das Vinhas do Alto Douro, also known as Real Companhia Velha, on the 10th september 1756. Considering its role delegated by the King, this chartered company created the first demarcation of the region, the so called “Demarcação Pombalina da Região do Douro”, undertaking, during the first century of existence, important functions  by regulating and controlling the production of Port Wine.

The Douro is characterized by its mountainouse viticulture, benefitting from an extremely hilly orography and a series of mountain chains on the South and West, while limited to areas of plateau on the North and East. Its climate is depicted by cold and wet winters while summers are hot and dry. The region is divided into three sub-regions, each having very particular characteristics: Baixo Corgo, Cima Corgo and Douro Superior.

Once the harvest is concluded, the winter arrives to take the place of the warm and pleasant autumn. In spring Port follows its journey into our cellars in Vila Nova de Gaia where young Ports are left to ageing for many years, gaining in structure and complexity. 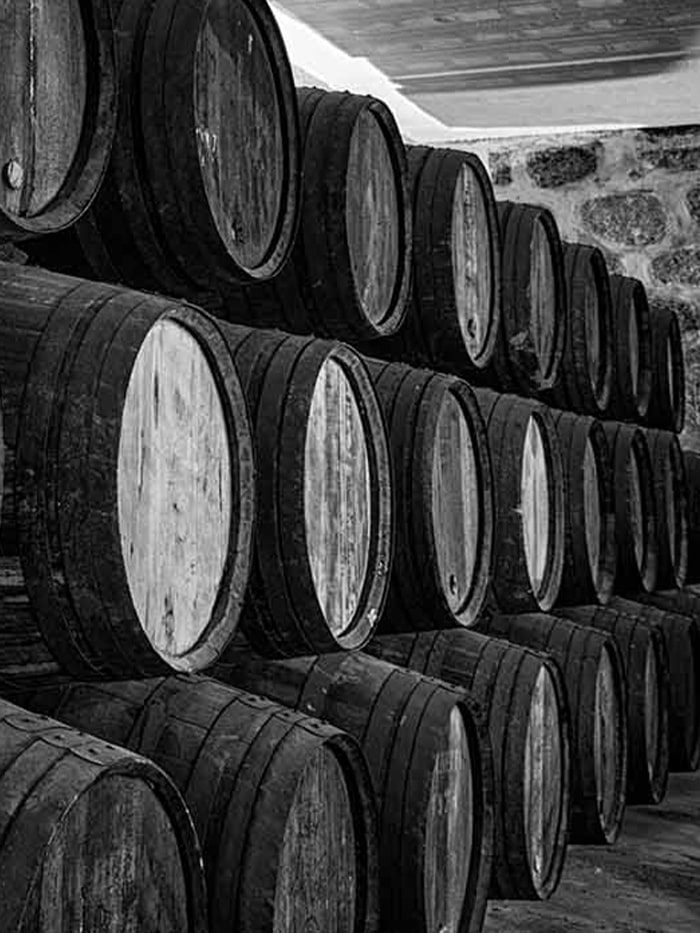 Deep in the silence of our cellars, Ports rest in noble oak barrels, a product of the hand of skilled coopers that have working with the Company for many generations.

Asleep in a unique environment, the barrels and vats for Port are lost in time… 10… 20… 30 years… who cares! … Only the time required for each Port to achieve its exact point of maturation.

The cellars’ proximity to the sea, offers the natural climatic conditions that are essential for the ageing process of this sublime nectar, valued for the aged colour and velvety texture on the palate, result of a natural “oxidation” development: the mysterious process of breathing through the pores of the oak.

This site uses cookies to allow a better user experience. By browsing the site you are consenting to its use.okler mais